UK jobs market is open for the engineers of net-zero

Assystem, the world’s second largest nuclear engineering company, with UK headquarters in Blackburn, is looking to fill hundreds of jobs on the new nuclear projects key to the delivery of net-zero greenhouse gas emissions by 2050.

The demand for skilled workers such as project managers and design engineers is being driven by the construction of the UKs first nuclear power plant in over twenty years, Hinkley Point C, and the development of a new fleet of 15 compact nuclear power stations currently in design by a Rolls-Royce led consortium of businesses, including Assystem.

In addition to this there is also a demand for jobs in the developing nuclear fusion sector in the UK following significant investment from the UK Government in the STEP programme in 2019.  As a leading nuclear fusion engineering company, Assystem is supporting this work, as well as being the Architect Engineer of the ITER project.  Through both programmes, Assystem can offer a once in a lifetime opportunity for inquisitive engineers looking to take part in creating limitless energy by unlocking the possibility of commercial fusion.

In contrast to the stereotypical image of an engineer in the nuclear industry, Assystem is looking to recruit those who will contribute to the diversity of its’ corporate culture; bringing enthusiasm to their work as well as curiosity, tenacity, the ability to show empathy and the ability to adapt.  Through recognising the value of these attributes alongside academic achievements, Assystem aims to create a more inclusive culture.

Evidence of the company’s commitment to diversity is their #INCREDIBLEWOMEN programme that has been active since 2010 and that aims to take positive action to create a balance in the number of men and women in the business and engineering roles more broadly.  Assystem is committed to leading the way on the gender diversity conversation in the industry and in 2018 signed up to the UN’s Women’s Empowerment Principles (WEPs) that offer guidance on how to empower women in the workplace.

Driven by Assystem’s ambitious growth plans and vision for low-carbon energy supply, the company is also launching its first ever UK graduate recruitment scheme to attract the engineering talent from across the country, appealing to anyone who has graduated with a 2:1 or higher in any engineering degree since 2018. Graduates will benefit form a rotation programme that will give them access to the leading nuclear programmes in the UK and across Europe, Asia and the Middle East.

Matt Gallimore, Chief Sales Officer, Assystem, says: “There’s never been a more exciting time for engineers at all points to consider what a career in nuclear energy can offer them, especially with Assystem, the world’s 2nd largest nuclear engineering company with a major presence in most of the countries currently developing nuclear power today.”

Amna Jelani is a mechanical engineer at Blackburn-based nuclear company, Assystem. She joined the organisation a year ago, after completing her undergraduate degree at the University of Bradford.

Though she loved her course, whilst studying, Amna was not sure which area of engineering interested her the most.

She joined Assystem after realising the potential growth opportunities the nuclear sector could offer her. 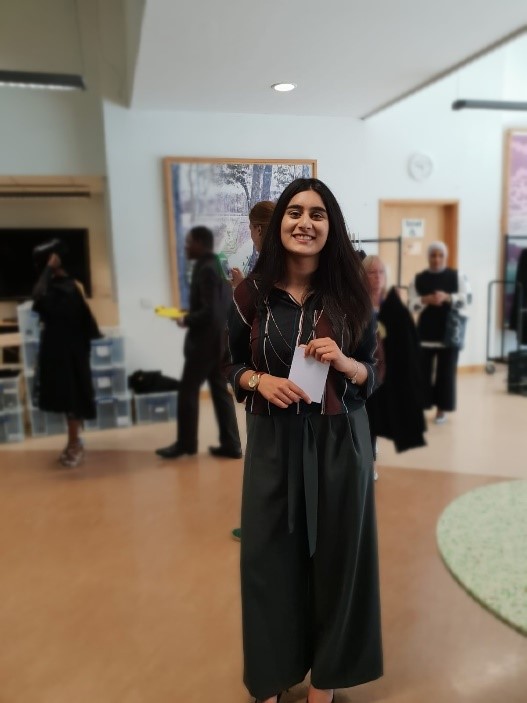 In the past 12 months, Amna has led on several key projects, covering everything from tooling to documentation. In that time, she’s also completed her FEA training, and gained a qualification in first aid. Being offered so much responsibility, so quickly, is something Amna’s really valued.

She said: ‘‘Assystem is at the forefront of the Nuclear industry globally. My time here has shown me that everyone can thrive in this industry as long as you’re open to learning. Training in an environment that encourages you to ask questions is also really important.

It’s a hugely exciting time for the nuclear energy sector. In the face of climate change, we’re really pushing the envelope around what this resource can achieve. Assystem, for instance, is a consortium partner in UK SMR, and has contracts with Hinkley Point C and the UK Atomic Energy Authority, on the STEP programme that is developing nuclear fusion in the UK.

These developments, in turn, are opening the door to a whole host of opportunities for young engineers - both men and women.’’

Graduates can apply for Assystem’s 2020 scheme by sending their CV and cover letter to graduates@assystem.com

Digital Day to accelerate the delivery of large, complex projects in the UK