In "2050: A Carbon-Free France", a book written by Dominique Louis, Assystem’s Chairman and CEO, and Jean-Louis Ricaud and with a foreword by Jacques Attali, an uncompromising analysis is given of global CO2 emissions and the potential solutions for bringing cost-efficient and decarbonised energy within everyone's reach. Sometimes contradicting conventional wisdom, the authors put into perspective the objective data that needs to be taken into account in order to create an energy mix for the future that is financially viable, technically sustainable and ecologically responsible.

Global energy demand is certainly not going to decrease in the future and that is a reality we have to accept. Despite the efforts made, limiting energy consumption in certain sectors will not counterbalance the world’s higher energy needs triggered by population growth, rising living standards and the electricity required to drive the digital economy. According to the International Energy Agency, worldwide demand for electricity alone is expected to increase by 60% between now and 2040, and by nearly 10% just in Europe.

How can we deal with the growing global demand for energy while reducing the environmental impact of its production and consumption? In answer to this question, the authors analyse the various accessible primary energy sources. On the one hand, they look at fossil fuels such as coal, oil and gas, which are still in abundant supply but whose use results in very high greenhouse gas emissions. And on the other hand, carbon-free sources such as hydraulic, geothermal, nuclear, wind and solar, which can all produce electricity – and therefore provide energy to households and industry – without emitting any greenhouse gases.

The authors highlight three main points. First, climate change is a global problem: greenhouse gas emissions do not just affect the emitting country but every country on our planet. By setting targets based solely on national emissions, the Paris climate agreement "forgets" to factor in the significant impact of imported processed products. For example, although France's greenhouse gas emissions have decreased by 10% over the past decade, emissions from products made elsewhere and imported into France have more than doubled. The most energy-hungry industries are being relocated to less energy-efficient countries, which is total nonsense in environmental terms.

Second, meeting energy needs in a cost-effective way is essential for improving people’s living standards and general comfort levels. The authors explain that there is currently a huge diversity of situations between continents and even within the continents themselves. In Europe, however, they believe that due to the ease of trade and mobility between countries, living standards, and therefore energy needs per inhabitant, will have become more harmonised by 2050.

And third, the authors believe that nuclear energy will still form an essential component of a decarbonised electricity mix in 2050 and demonstrate that the preconceptions against this source of energy are unfounded. Giving up nuclear power means not only using more gas or oil, and therefore increasing greenhouse gas emissions, but also higher electricity prices on a wide scale. For example, Germany is now Europe’s biggest greenhouse gas emitter, due to its coal-fired power plants, and its price per kilowatt hour of electricity is almost double that in France. Ultimately, it is end-consumers who bear the overall cost of the energy strategies adopted by governments and therefore cost efficiency must constitute an essential factor for energy choices.

In the authors' opinion, the overriding objective is to set France on the path of having totally carbon-free energy in the long term, i.e. by 2100, with a focus on developing electricity. But that cannot happen without a transition stage, which will involve a 50-50 mix of nuclear and renewable electricity in 2050.

"Ultimately, the objective is clearly for solar and wind energy to contribute massively to meeting demand for electricity. Consequently, it is vital to invest the requisite R&D resources to make these renewable energies more technically and financially efficient and therefore more cost effective. It therefore seems a given that during the second half of the twenty-first century, the use of nuclear energy will be essential across the globe.

France is currently in the throes of considering this issue. The country is at a turning point in its energy policy and its leaders have to make a clear decision on the strategy to adopt for the second half of the twenty-first century. They will be judged by future generations on whether the decisions they take are both right and responsible". 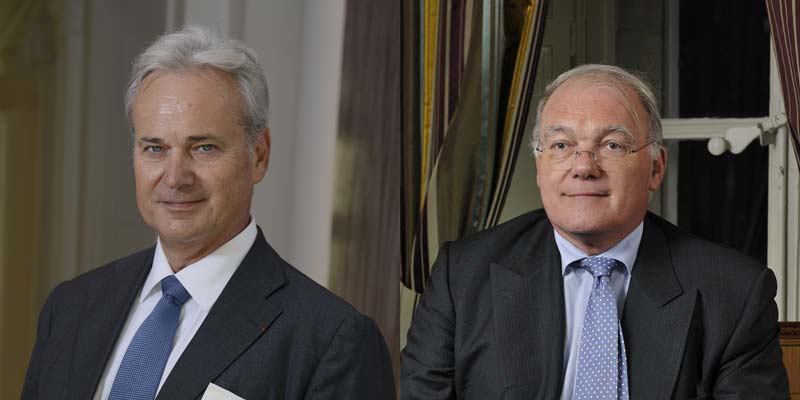